The Leonard Peltier Sculpture and Why AU is a Major Wuss

On January 4th, 2017, American University removed a 9-foot-tall statue of Leonard Peltier from outside of Katzen after installing the piece on December 9th, a month earlier. The statue portrays the man sitting in yellow pants and a white shirt with his knees up, thinking. It sat in the garden, visible to anyone coming through Ward Circle. By ridding the grounds of the piece after accepting it, AU verified its own spinelessness to the public. 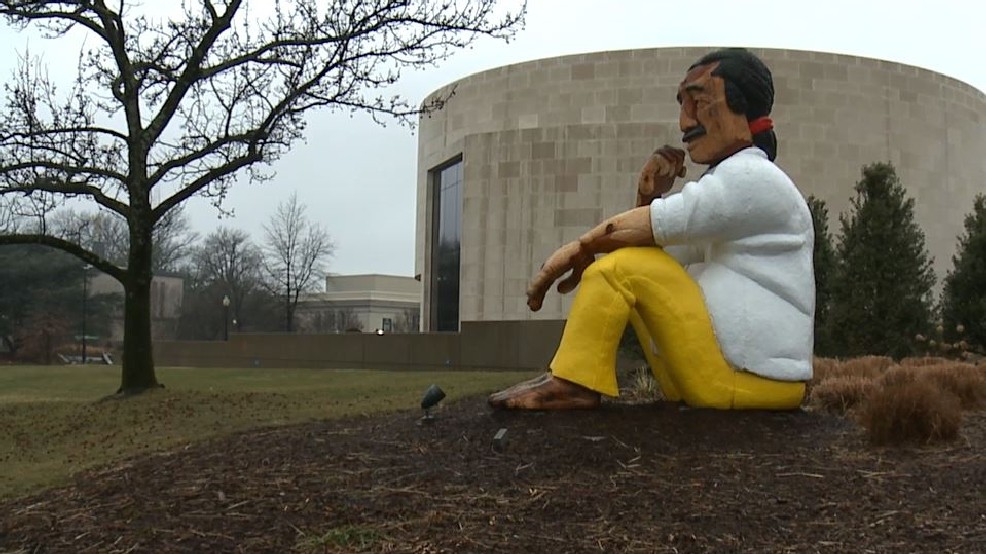 Leonard Peltier is a 71-year-old Native American activist in prison for killing two FBI agents in a shootout in 1975, but many maintain his innocence (amongst them Senators, Amnesty International, and Nobel Peace Prize Laureates). In tune with the closing of Obama’s term, there has been a huge push for him to grant clemency to Peltier. Regardless of the legal and ethical concerns surrounding Peltier, AU’s decision to remove the statue was cowardly, anti-education, and anti-art. 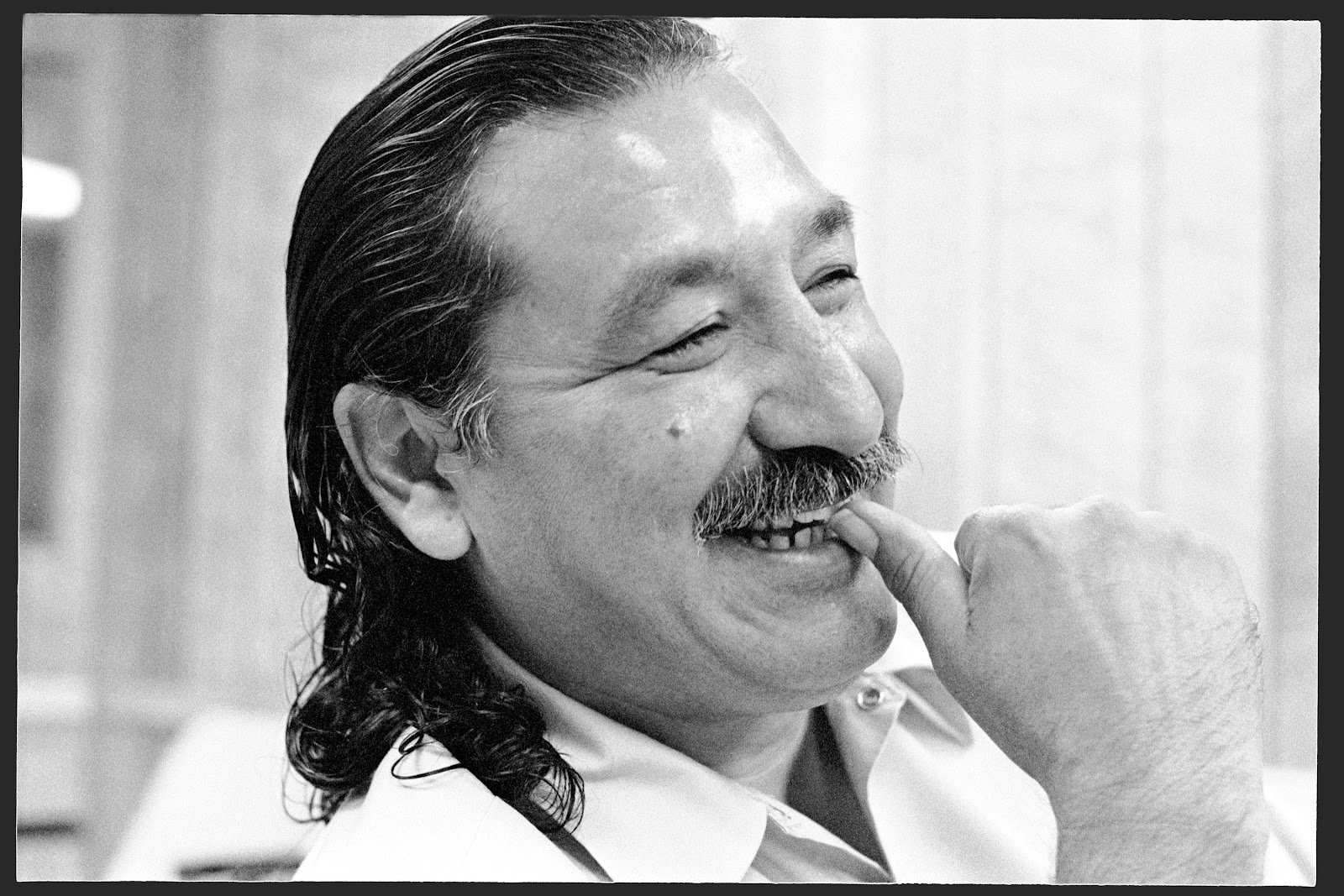 On January 4th, 2017, American University removed a 9-foot-tall statue of Leonard Peltier from outside of Katzen after installing the piece on December 9th, a month earlier. The statue portrays the man sitting in yellow pants and a white shirt with his knees up, thinking. It sat in the garden, visible to anyone coming through Ward Circle. By ridding the grounds of the piece after accepting it, AU verified its own spinelessness to the public.

The decision to remove the piece came after a letter from the FBI Agents Association (FBIAA) on December 29th to AU said that there wasn’t enough consideration for the other side of the story and respect for Peltier’s victims. “The FBIAA believes that AU should remove the installation, and that AU has a responsibility to share additional facts with students and the public.” While AU did do the former, their action to remove the statue was completely devoid of the latter. Instead of adding more facts to the public eye, AU removed them all, violating the contract with the artist, Rigo 23.

If the statue were standing tall like the War general statues of Europe, it would clearly send a signal that the man depicted is strong, one that is powerful and to be revered. However, the statue in question is humble, with Peltier postured casually on a hilltop in flowy clothes. It portrays him as a peaceful man, certainly portraying an innocent man, but not in a way that is disrespectful to his supposed victims.

Meant to garner sympathy, the statue stands out from the typical DC monuments of people (in closest proximity- the one in the center of Ward Circle in a cape). It’s naturalistic color adds humanness whereas most statues are cast in one color. This also gives it an ephemeral quality (also that it can be taken apart and transported easily on a National tour) that contrasts it with placed monuments of War hero statues. By celebrating Leonard Peltier’s thoughtful qualities, the statue doesn’t commend him for his supposed crime, rather it recognizes his cause and his life in the face of violence against him and his people.

In an interview with Democracy Now, Rigo 23, mentions that the statue installation was part of a week-long symposium held at AU organized by the Leonard Peltier Defense Committee to push for clemency. Despite this, in AU’s statement following the FBIAA’s plea wrote that “The subject matter and placement of the piece improperly suggested that American University has assumed an advocacy position of clemency for Mr. Peltier, when no such institutional position has been taken.” AU’s backing down from taking a position on the issue after hosting a symposium clearly in favor of clemency only shows that they will take a stance, but only until it is called into question.

Moreover, AU has confused “not taking a stance” with ignoring all sides of an issue. Regardless of their position on clemency for Peltier, all AU has done by removing the statue is deny education and dialogue surrounding the issue. Without the statue, many people on campus and in the community will never learn about who Peltier is, let alone come to their own conclusions on the clemency debate. Inadvertently, AU has chosen a side - the one against Peltier, by taking away awareness of his struggle.

The most compelling argument (though nonetheless weak) for removing the statue is that threats were coming in, promising harm to the AU community should the statue remain up. Whether or not these rumors of threats are true (AU has failed to indicate who has threatened the wellbeing of the campus over this statue), AU has sent a message that they are willing to compromise art and activism to anyone who dares challenge them. This puts AU in a vulnerable position, willing to be under the thumb of mainstream opinion.

Art has a duty to be compelling and controversial, particularly with the incoming administration. This situation serves as another example of art that is a powerful political tool. It can make people so uncomfortable that they urge its removal and can even threaten violence. Removing the statue, dialogue will be lost, but the slack will be partially picked up by conversation surrounding the spawned controversy of AU’s decision and the FBIAA’s interference. Hopefully this new conversation will progress the issue and give even more power to the statue.

Anyway, AU is arranging for the statue to be moved elsewhere where it probably won’t be in the public eye as much and won’t be around curious college students. This movement denies the placement of the statue as deliberate and diminishes its political power. Go Eagles!