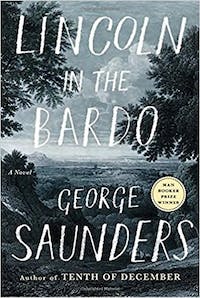 On first glance, the structure feels eerily similar to the “Circe” episode of Ulysses, where different characters inject themselves at will, and the internal conflicts and emotions of the characters are externalized in an extravaganza and almost hallucinatory style. On top of that, the reverend Everly Thomas’s proclamation in his defining soliloquy, that “This place was now…a sad remnant of a discouraging and grossly material nightmare from which I was only just waking”, sounds very much like Stephen Dedalus’s proclamation that “History is a nightmare from which I am trying to awake”. The parallel brings me to the intimate part of the story: like Stephan Dedalus in Ulysses, the reverend is dealing with an identity crisis, a loss of purpose; and like Leopold Bloom, the characters Hans Vollman, Roger Bevins III are dealing with heartbreak, the loss of loved ones. Continuing with the theme of loss, all the characters that are given voices in the novel are dealing with some form of loss: the dead are, at least, dealing with the loss of life; and the only two living characters that are given voices, Abraham Lincoln and the grave keeper, are both dealing with losses of their own. Saunders is a master at making us ponder over what loss means and how we deal with it: the refusal to accept of our loss, the heartbreak over our loss, and the eventual acceptance, for those who find the strength to overcome them.

Another crucial character that I haven’t talked about is Willie Lincoln. If we look at the title of the story, Lincoln in the Bardo, it is clear that Willie is the Lincoln referred to here, as he is the character that is in the bardo, not his father. Indeed, he is the disruptor of the story, and his presence moves the story along. I do find that some of the chapters surrounding Willie to be unnecessary, as they focus more on the supernatural elements and feel detached to the overarching theme. Nonetheless, the love between Willie and his father is the focus of the story, and Saunders succeeds in creating not only these two characters, based on historical figures, but a variety of other fictional characters that are rounded and sympathetic.

Of course, given that this is a story featuring Abraham Lincoln in the midst of Civil War, there are many other social commentaries, such as the public’s attitude towards the war (based on research), Lincoln’s own opinion on the war (fictionalized), but most significantly on slavery. The novel features a variety of African American characters but also an unapologetic and cruel slave owner. Their interactions speak to the dehumanizing aspect of slavery, and many more.

Overall, the story is captivating and moving. Although it contains almost 350 pages, the heavy fragmentation of its style leaves many pages blank. Therefore, it ends up feeling much shorter and more compact. A waste of paper, but definitely not a waste of your time. It has only come to my attention after I bought the book that it has won the 2017 Man Booker Prize, so expect it to be readily available in bookstores everywhere.