An Explanation of Ramadan by a Muslim 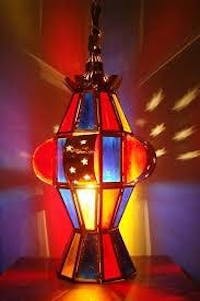 With the holy month of Ramadan around the corner, I thought this would be the perfect time to give an overview of what these traditions of fasting and becoming closer to God are like. Muslims fast from sun up to sun down to remind themselves that people out there of various social classes can be suffering more than they are which means that it is important to appreciate what they have and give back to those that are less fortunate. Muslims fast to remain humble about every meal that gets put in front of them, and to constantly be aware that not everyone has the privilege of a warm meal. “I have a friend who fasts to understand what it feels like for poor people… I think [Ramadan] has a few problems for people who are too thin since they can become malnourished.” This is a comment from a student about what they believe Ramadan to be like. When Allah asked Muslims to fast throughout the whole month, he did not intend for their health to deteriorate along the way which is why he permits people that have an illness and continue to take medication to not fast. People that are taking a long trip are also allowed to break their fast due to the time difference.

I myself have stopped fasting at the age of 10 because I started to get seizures and when you take medications, you automatically break your fast. Of course, I feel guilty, but I am constantly reminded by people around me that Allah did not intend for fasting to be an act of suffering rather an act of love and empathy. While fasting is a huge part of Ramadan, it is definitely not the only aspect. This part of the year is meant for Muslims to have their ‘soul cleansed’ and that is where I aim to overcompensate for not fasting. This cleansing of the soul means not to gossip and to be more kind. Helping the less fortunate is something that Muslims often try to do throughout the whole year, but the need to help others usually increases around the time of Ramadan. This time of the year is usually just a happy time because everyone is trying to be the best version of themselves. And one of my favorite Ramadan traditions is the fanoos (lantern), which parents get for their children and then couples start to gift to each other. It comes in all shapes and sizes and to me, it symbolizes the magic and beauty that Allah envisioned for Ramadan to be, in this simple lamp made in China. To this day, I still ask for it when I visit Egypt around Ramadan because it reminds me of the essence of the Holy month.

Just like Thanksgiving is a time to be grateful and gather with family over conversations, Ramadan is pretty much the same however Muslims are not always in the mood to chat due to the low energy from fasting. This, in turn, leads them to focus more on their faith, Muslims around Ramadan make it a goal of theirs to read the Quran to its entirety at least once. While this devotion to Allah is supposed to be a daily ritual, it is much easier for Muslims to become closer to him around this time of the year. Especially since this is when the devils are believed to be locked up so if they make bad decisions, it is really just them that are responsible. The praying and the reading of the Quran are the ways in which people become closer to God as they are fasting.

Although the month of Ramadan is about bettering oneself and at the core of that is being closer to God, it is also one of the most entertainment heavy time. Every Ramadan, all the well-known actors have their own television show which has 30 episodes, and an episode airs every day during the time when people are fasting so it can help them pass time. This Ramadan, 31 shows are scheduled to air. The month of Ramadan is not only a powerful time for actors but also for companies in terms of commercials like Pepsi. Though this content may make Ramadan seem like the Arab version of the Super Bowl, it is in fact not since my family along with other families garner all the episodes from several shows to watch before Sehour (dinner Muslims have before they start fasting again). This way it does not conflict with the spiritual journey that is meant to be focused on.

I hope that just like Muslims aim to better themselves throughout the year not just around the time of Ramadan, that more people would become interested in learning more about this religion and the holidays that Muslims partake in. Try going to one of the Iftars (breakfast) on the 6th and 7th hosted by the American University Muslim Students Association. Maybe even a Jummah (Friday) prayer? By having these dialogues, people will no longer be afraid of being stereotypical or Islamophobic. Please ask questions so you can be more mindful of other’s beliefs. Finally, I just want to thank my lovely family in advance for their support and patience as they will be fasting on the day of my graduation.