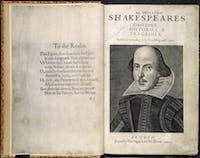 Shakespeare’s plays and all of his work is not only entertaining enough to still be fun to read today, but truly stands against the test of time and other literature. I am currently taking a class on Shakespeare’s first decade of plays and it has brought me an appreciation for the playwright’s work. Shakespeare’s work has a range from tragedies that will make you cry to comedies that will make you laugh out loud, to histories that will entertain while educating. Across these three genres Shakespeare blended the three and tested the limits of writing to the point where his work is still timeless and enjoyable today.

Shakespeare’s grasp of puns and wit are still funny and even striking even in 2020. No matter the play or genre Shakespeare is clever and makes the reader or viewer laugh. One of my favorite of Shakespeare’s plays is A Midsummer Night’s Dream. It’s a play that mingles fantasy with reality with many plotlines all coalescing into one. The layers and creativity are what I love about the play. However, what stood out to me the most when I re-read it was the humor. Not only was there dramatic irony but also scenes that are hilariously bizarre. In one scene the character Titania falls in love with a man whose head has been turned into a donkey’s. She wakes up later to say, “what visions have I seen! / Methought I was enamored of an ass” (A Midsummer 4.1. 74-75). The wording and general craziness of the play makes it very memorable. The play is silly yet sophisticated, just another talent of Shakespeare’s.

From Lady Macbeth trying to get blood off her hands to the murder of Julius Caesar, Shakespeare mastered drama. There’s something about reading one Shakespeare’s plays that strikes the human need for the dramatic flair. Shakespeare’s most famous monologues stay with their readers for a long time. For example, Hamlet’s “To be or not to be” monologue and its question of life, death, and mortality. One famous soliloquy that stands out to me immensely is Shylock’s speech on mercy in A Merchant of Venice. There is a video of artists performing his speech as an effort to push for social change in the name of Black Lives Matter that proves that Shakespeare’s work continues to have an impact even today.

My favorite part of Shakespeare’s work is the connection I feel to a few of his characters. When I was about fourteen I decided to read Hamlet and I, though I understood little, adored Hamlet as a character. He had the exact angsty dramatic personality my barely teenage self craved. Now that I’ve studied Shakespeare in college I’m drawn to new characters, such as the trickster Puck from A Midsummer Night’s Dream, and the fool, Lancelet, from A Merchant of Venice. There is something about side characters that steal the show that proves Shakespeare’s talent.

From studying Renaissance plays I’ve discovered an underlying implication of homosexuality and even bisexuality as well. One of the plays most people point to when it comes to gayness in Shakespeare is his Hamlet. Horatio and Hamlet’s friendship is intensely close, but there are other examples of this that are perhaps even more intriguing. My prime example would be The Merchant of Venice. Though I dislike the play for its anti-semitism, the implied romance between the character Bassanio and Antonio dose pique many people’s interest, including me. The play opens with Antonio being sad for no reason, but scholars believe he is sad because Bassanio does not feel as strongly about him (A Merchant of Venice 1.1. 1-5). In the end this side of Shakespeare’s work is unexpected considering the time in which it was written, but still holds as a reason to continue studying his work.