Why The Alternate Timelines Episode Is The Best Episode of Community 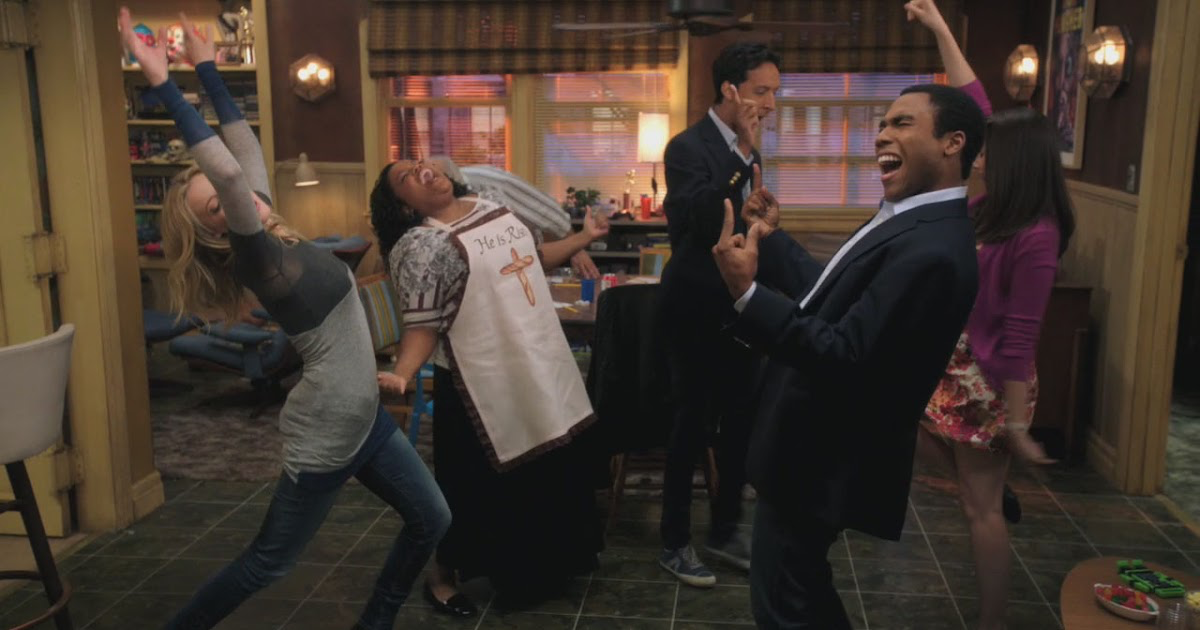 In the fall of 2020, I spent the second Saturday of the semester hiking 2 hours near my house in New Hampshire. The weather was almost perfect, I spent time with my sister, and I took pictures that I still use as my screensaver. But this wasn’t where I was supposed to be. The next day, I went to bed around noon and didn’t get out until after classes on Monday.

On the second Saturday of the spring semester, I started working at a cafe 15 minutes from my house. Like many other students, I didn’t come back to school after winter break. After that weekend in the fall, I finally admitted that I needed help dealing with my mental health. So instead of writing papers and studying for exams, I flipped eggs and steamed kale. I liked my coworkers and my job (as much as I could), but everything felt off.

Don’t get me wrong, it was a welcome change. My day ended at 3:30 and I never had homework. I had time to pick up hobbies, see friends and find a therapist. My life in March 2021 was a lot different than how I’d imagined it in March 2020. Because nothing happened the way any of us had planned, my friends and I had a running joke that we were living in an alternate timeline.

I’d been saying this for months by the time I watched Community season 3 episode 4, titled “Remedial Chaos Theory” AKA the alternate timelines episode. The study group goes to Troy and Abed’s new apartment. When the pizza is delivered, Jeff rolls a die to see who has to go get it. Abed warns Jeff that he’s creating 6 different timelines because there are 6 random but equally likely outcomes. As expected, Jeff rolls the die anyway, creating 7 different timelines.

In every timeline, each character has a role that is left empty when they leave. Britta plugs in her iPod to play Roxanne by The Police. She gets shut down by Jeff and goes to the bathroom where she smokes weed. Pierce makes a joke about having sex on an airplane. Shirley leaves to go check on her pies in the oven. Jeff goes to get a drink and hits his head on the ceiling fan. Annie tries to look at his head. And Troy receives a creepy Norwegian troll as a housewarming present from a jealous Pierce. Some timelines are pretty mundane like when Annie leaves. Some timelines end in fighting, death, or dismemberment like when Troy leaves. But in the last timeline, Abed catches the die and points out that Jeff would never have to get the pizza because there are 7 people and only 6 sides. Abed then delivers a line that sums up the theme of the show: “Chaos already dominates enough of our lives, the universe is an endless sea of randomness. Our job isn’t to fight it but to weather it together on the raft of life. A raft held together by these few rare beautiful things that we know to be predictable… Us.”

I don’t think it’s an exaggeration to say this is the best episode of Community. Fans love it. It gets a shoutout in content made about the show as a whole. It was also nominated for a Hugo Award and an Emmy and won the Pan American Association of Film and Television Journalists award for best comedic writing. But the critical acclaim and fan appreciation aren’t why I’m writing about it 10 years after it was released.

This episode is my favorite because watching it genuinely made me feel good. I was impressed by the concept and comforted by the theme. The characters that I cared about and their relationships with each other made the episode what it was. When Troy left, the darkest timeline happened because his role is to be the joy in the group. But even when Peirce–the target of the group’s negativity–left, the group turned on each other and presumably fell apart soon after. The episode showed what each character contributed to the group and how it was important. In other words, each timeline was out of balance because somebody was missing.

When I first watched the episode I thought I was living in my darkest timeline. With the logic of “Remedial Chaos Theory” that would mean that I was living in the timeline where the imbalance was caused by a loss of heart or joy. That seemed right to me. This was the argument I was going to make. However, when I rewatched the episode, I realized how much self-awareness the writers had when creating scenarios where one of their characters was missing. To stop creating unbalanced timelines, Abed had to become aware of the situation himself and tell the group what he was thinking. This move isn’t that different from the way I learned to cope with intrusive thoughts.

Abed argues that the universe is in fact an endless sea of randomness. That much I agree with. He’s also right that you can’t fight it. I tried by ignoring my worsening mental health to do well in school. So by Abed’s logic, we have to find something predictable and hang onto that. Not a lot has been predictable in the past two years. Even as I’m writing this I’m not sure if Covid will allow most of my spring plans to happen. At the end of the day, the alternate timelines episode asks viewers to think about what’s predictable rather than what’s chaotic. In other words, Abed tells us to focus on what we can control when we live in a world filled with things we can’t.