Comparing the Jurassic Park novel with the movie

Jurassic Park is by far my favorite movie of all time. I love the movie so much that I have made it a tradition to watch it every year on my birthday. Just as well, being an anthropology major, I enjoy fictional entertainment based on digging in the dirt for physical historical evidence. Thus, my passion for the franchise prompted me to read the novel that the movie was based on. Jurassic Park, written by Michael Crichton, was published in 1990. Upon reading the book, I was shocked at some of the key differences between the book and the movie. Some of the differences between the two works are so drastic that their plots become dissimilar.

In this blog post, I would like to compare four different aspects of Jurassic Park that I feel are the most important contrasts between the book and the movie.

Let’s begin with the relationship between Dr. Alan Grant and Dr. Ellie Sattler. 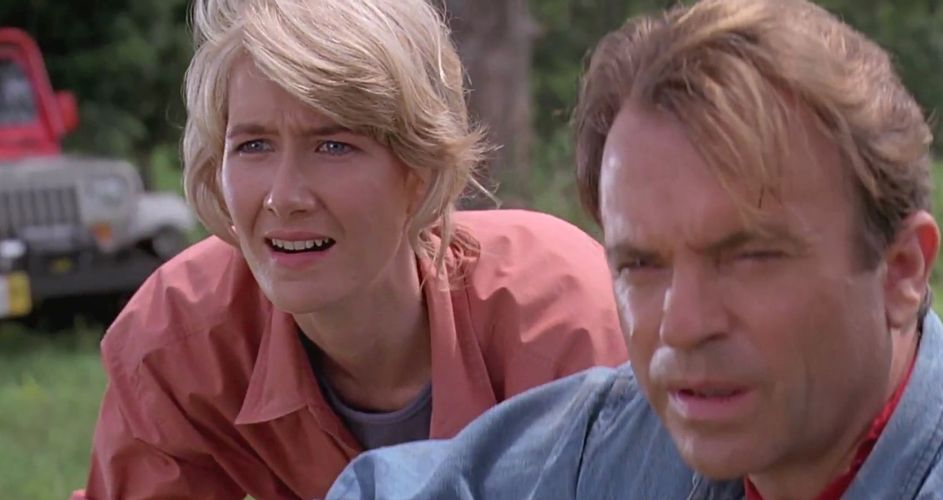 In the movie, Grant, a paleontologist, and Sattler, a paleobotanist, work together on research in Montana. However, throughout the movie, we learn that the two are in some sort of romantic relationship with one another. While the relationship is not blatantly obvious, Grant makes certain that Dr. Ian Malcolm knows of his involvement with Sattler and thus that she is off limits, to Malcolm’s dismay. However, in the novel, Grant and Sattler are not romantically involved whatsoever. In fact, Sattler is a graduate student working under Grant, and it is even mentioned that she is engaged to another man. 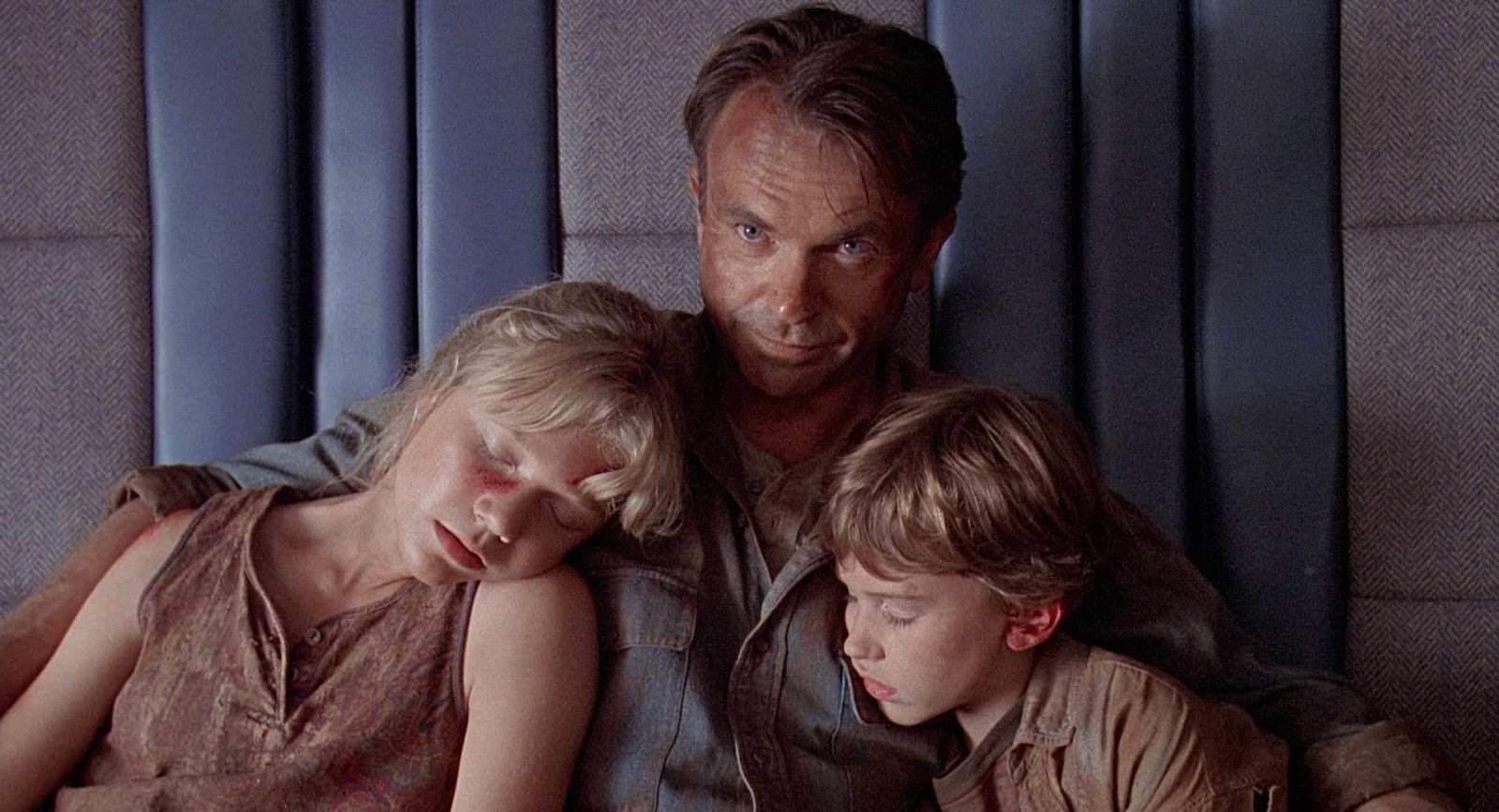 Much of Grant’s personality in the movie is based on his character arc of going from hating to loving children. When faced with the threat of death by the hands (or jaws, in the case) of the vicious Tyrannosaurus rex, Grant is forced to learn to survive beside Lex and Tim Murphy. Ultimately, the traumatic experience he and the kids shared helped him bond with the children and learn to appreciate children in general. However, in the novel, Grant does not experience this character arc whatsoever. It is stated early on in the book that Grant has always loved children. Thus, it was not a stretch for his character to put his life on the line for the children throughout the book.

Next, let’s discuss the ages and personalities of the Murphy children. 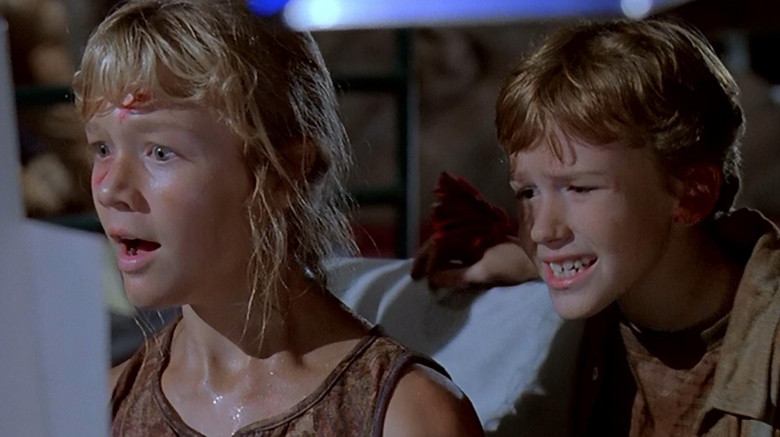 The characters of Lex and Tim Murphy are vastly different between the movie and the book. In the movie, Lex is the eldest of the two, and she is known to be a computer hacker. Tim, on the other hand, takes on the role of the annoying younger brother who has an infatuation with dinosaurs. However, in the novel, Tim is the elder sibling who is good with computers and Lex is the annoying younger sibling. 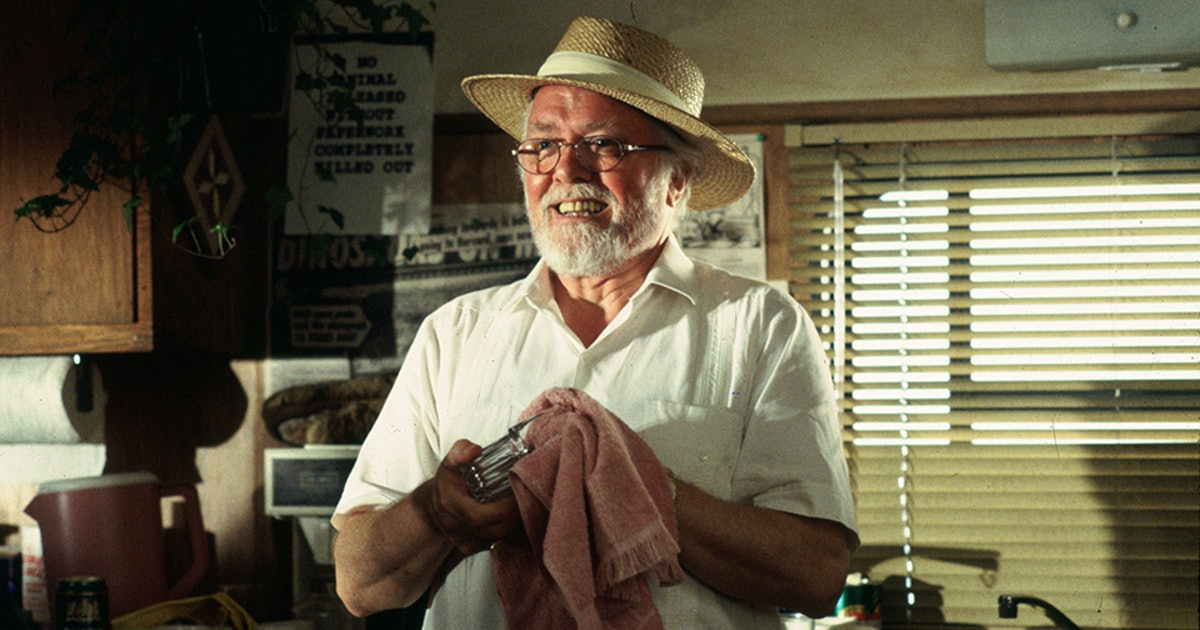 John Hammond, in both the movie and book, is the founder of Jurassic Park. While Hammond has no true scientific background, he uses his immense fortune to turn his dinosaur dreams into a reality. Hammond’s character in the movie, though, is vastly different from his character in the book. In the movie, the character of Hammond is fairly loveable; just an old and kind man who is in way over his head. However, in the book, the character of Hammond is quite disagreeable and very arrogant. In fact, towards the end of the novel, John Hammond is killed by the dinosaurs he created. In the movie, though, John Hammond escapes the dinosaurs with the rest of the main characters.

With all of these differences between the book and the movie in mind, I truly do not know which form of the story I enjoy more. For one, the movie makes the character of Lex Murphy much more self-sufficient and intelligent than she was portrayed in the book. However, the movie makes the character of Dr. Ellie Sattler a bit more reliant on Dr. Alan Grant due to their romantic attachment to one another. Also, John Hammond is a more loveable character in the movie than he is in the novel. However, Dr. Alan Grant’s personality and relationship with the Murphy children is much more loveable in the novel than it is in the movie. Thus, both the Jurassic Park book and movie have aspects to be admired and appreciated.