Queerness. Though this particular amalgamation of letters is a rather modern invention, the written expression of love outside the heteronormative binary has existed as long as humans have been capable of feeling this emotion altogether. From before the time of Sappho to current orators like girl in red, queer affection has been the muse of an unknowable number of poets. 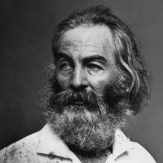 Walt Whitman was born in a small town on Long Island, New York in 1819. During his prolific life as a poet, he managed to earn the title of one of America’s landmark writers. In fact, many literary scholars mark the genesis of the American poetic voice with Whitman himself. Unlike poets of antiquated British persuasions, Whitman broke free of the societally expected and accepted conventions of poetry of the time. The bulk of his work discusses Nature, a word he consistently capitalized. He continued with this personification, writing what can be most accurately summarized as love letters to the natural world around him. One of my favorite examples of this romantic affection for Nature is the following excerpt from a poem entitled I Saw in Louisiana a Live-Oak Growing:

I saw in Louisiana a

All alone stood it, and the

moss hung down from the

Without any companion it grew

And it looked rude, unbending,

lusty, made me think of

Clearly, there’s a lot to unpack here. Whitman speaks about this tree with so much unadulterated affection that it borders on desire. I would never dream to argue that Whitman did not possess a unique, even otherworldly, love for Nature. However, this flowery language had a purpose aside from simply explicating his passions for the earth: it was an avenue for him to express his love and sexual attraction for other men. 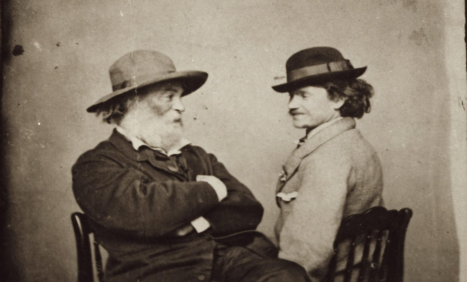 While Whitman undeniably used his poetry as a vehicle to express his queerness, it was not an insulating barrier. Whitman spoke freely of his same-sex attraction and love, seemingly unconcerned, yet strikingly aware of the societal taboos surrounding male homosexuality at the time. In his first addition to his work Calamus, Whitman writes:

That the Soul of the man I speak for, feeds, rejoices

Here, by myself, away from the clank of the world,

Tallying and talked to here by tongues aromatic,

No longer abashed – for in this secluded spot I can

respond as I would not dare elsewhere

Strong upon me the life that does not exhibit itself,

yet contains all the rest,

Resolved to sing no songs to-day but those of manly

Projecting them along that substantial life,

Whitman was not ignorant to the inherent perceived deviance of his heart and body, though his poetry may imply otherwise. The necessity to relegate his affection to the closed doors of his home or the private expanse of Nature. It was in this magnificent literary world that Whitman was able to build his egalitarian utopia. Through his pen, he was able to satiate his inherent hunger for male tenderness.

Whitman’s writing defines passion. His words paint a world where lust and love coalesce to become a singular and indiscernible reality. Despite the social progress that our society has made since the time of Whitman’s life, male homosexuality is still viewed by many as being sexually devious, even perverse. Due in part because of these connotations, there is a cultural idea, nebulous as it may be, that male same-sex love lacks depth. Ignorant observers of queer people often make the assumption that this form of interpersonal affection is solely physical, merely a depraved way to satisfy one’s most animalistic instincts. Whitman eloquently, even magically, dispels these ideas. His love for men is intrinsic, an inseparable part of his humanity.

And when I thought how

my friend, my lover, was

coming, then O I was happy;

Each breath I tasted

sweeter – and all that day my

food nourished me more – And

And the next came with equal

joy – And with the next at

And that night, while all

was still, I heard the

I heard the hissing rustle of

the liquid and sands, as directed

to me, whispering, to congratulate

me, – For the friend I love lay

sleeping by my side,

In the stillness his face was in

clineded towards me, while the

And his arm lay lightly over my

breast – And that night I was happy

An excerpt from “Live Oak, With Moss, III” 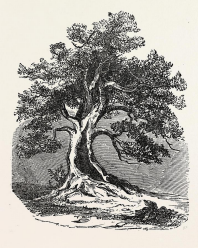 Whitman gave his fellow men who love men emotional legitimacy. He put into writing the ubiquitously felt emotions of affection, yearning, and pleasure that we experience. We are not deviants.