Y Tu Mamá También (2001) is one of my all time favorite films. The film follows two teenage boys from very different backgrounds, Julio and Tenoch, as they search for thrills the summer before they enter university. The two best friends are joined by an older woman, Luisa, who is married to Tenoch’s cousin. Painful truths are revealed and hidden, connections are strengthened, tested, and broken, paradise is discovered, and despite the enormity of their adventures the boys manage to reject it all when they return to their homes. As they road trip to a beach called Boca del Cielo (“Heaven’s Mouth”), the story illustrates just how much our realities can change when we leave our usual surroundings, and just how transient and fleeting this change can be. One remarkable thing about this film is the fact that Julio and Tenoch made up Boca del Cielo when they first suggested Luisa should join them on a trip, not expecting her to accept, and they had no idea where the beach was or if they could really find one that matched their fictitious description. This strikes a chord with me because their youthful folly and naivete motivated them to go after a mystical location, yet they actually find a beach of the very same name. Despite having life changing experiences there, the pressures and norms of their original settings and the sociocultural divides between the boys lead them to abandon the lessons they learned, return to Mexico City, and follow their respective, expected paths. 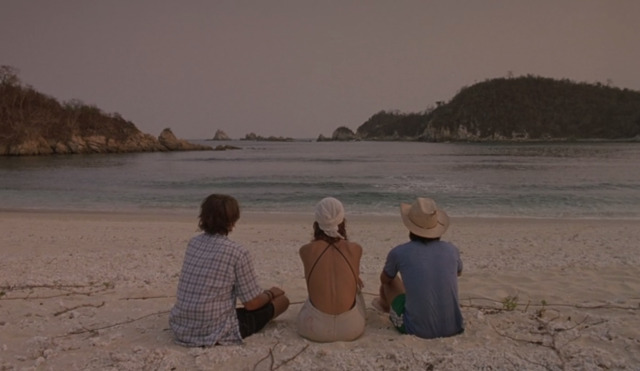 The first time I watched the film I wasn’t exactly sure how to explain the impact it had on me. Now, I realize the role of the changing settings, used not just as backdrops but as fully developed spaces, almost like characters themselves. This technique allowed me to further appreciate the three main characters’ experiences travelling through this land. When the unexplained narration kicks in, and all other noise is removed, facts about the characters and their surroundings are shared and make the world so much more real. As they begin their drive in Mexico City they pass an ambulance and a body on the wayside and the omnipresent narrator explains the backstory of a hit and run and how it took four days for the body to be claimed. As they look for Julio’s older sister in a crowd of emblazoned protestors only to ask permission to use her car on the road trip, the narrator explains that they are at a tumultuous, pivotal point in Mexican history. As they enter rural Mexico, the narrator tells the audience that if we had driven down that very road a decade earlier we would have seen a wrecked truck and a crying woman surrounded by a flurry of chicken feathers. Seemingly removed facts actually add to the significance of their every turn and remind me of the many histories that collectively create the spaces I occupy, even if I am just passing through. Overall, the characterization of various settings doesn’t just claim that we are only small beings in the grand scheme of things, but more poignantly, how we are so greatly influenced by the people and places around us. Rewatching Y Tu Mamá También yet again, I’m not merely entertained by the story I so adore. I’m also challenged to give into the changes life brings me, pushing and pulling like the clear waters of Boca del Cielo. 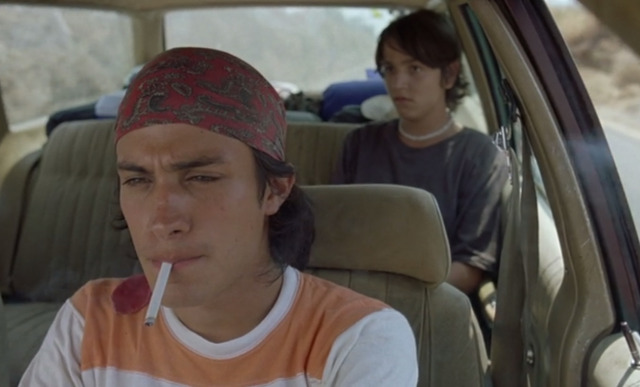